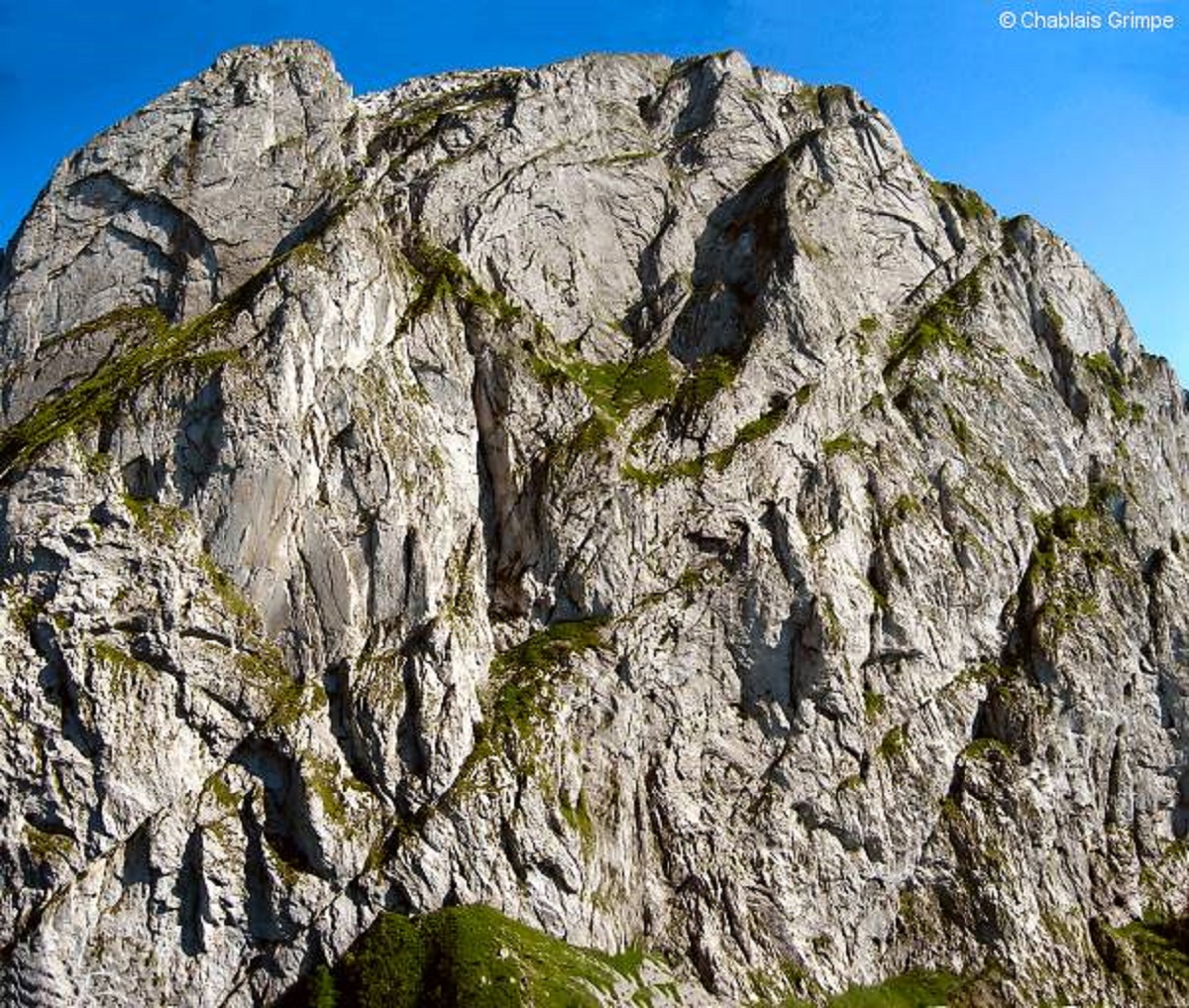 The brothers Néplaz and Bartholomé opened three routes whose common departure, now rated in 5, remained for 20 years the hardest length of the Chablais. René and Pierre Néplaz took almost 6 hours to cross this passage of 35 meters during a first attempt in August 1940. The face was only climbed a year later after 10 hours of effort, thus marking, for the Prealps and for the time, a premiere of a scale without equivalent. We do not come to this north face to make large flights of modern and secure climbing but rather to travel very typical routes adventure course in a north face not really sinister as the reassuring pastures of Ubine are within range of slipper.

Even if the origin of its name is unrelated to the furnace (Heated comes from an interpretation of a Patois word meaning grazing!), The southern face of Heated is aptly named. In summer it is cooked, but it stays in good condition for a long time, dries quickly, so that you can climb almost all year. There are somewhat vertical climbs, rather "on the feet" and it falls well since the rock is clean, and adhering just right. Surprisingly, despite easy access, a beautiful grain and a beautiful setting, the attendance of these sectors remains rather confidential (and it's just as good!): Maybe because of a globally high level and a specific type of climbing.

The crossing of the ridges, a varied and easy race with a surprisingly Mediterranean character, is to be covered in the autumn when the atmosphere, more translucent, will highlight even more the remarkable perspective that it offers on the regional mountains but also on the mountains near Mont Blanc and Valais. It will be ignored by aficionados of pure rock but will delight fans of simple races and where the pleasure of being in the mountains premium gymnastic exercise.

The helmet is recommended.
Complete topos sheets on www.chablais-grimpe.com.